Derrick Hamilton, deputy director of Cardozo School of Law’s Perlmutter Center for Legal Justice, studied law while in prison and won his own exoneration after serving a 21-year sentence. Today, he hopes to make big changes in the justice system to ensure others don’t need to do the same. 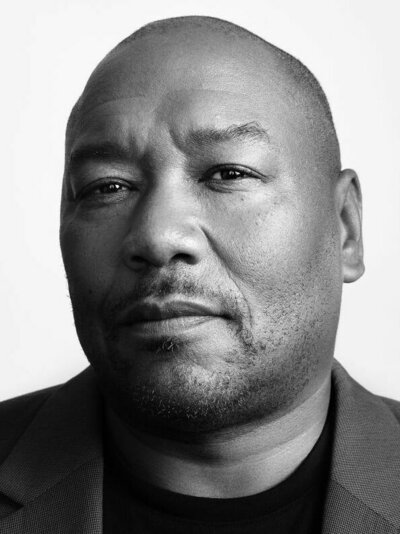 Cardozo School of Law announced in late October the launch of the Perlmutter Center for Legal Justice, which is funded by the school’s largest donation in history: $15 million by Isaac and Laura Perlmutter and the Perlmutter Foundation.

The center will be made up of two components: a field clinic that will engage and educate law students, and a continuing legal education curriculum for existing lawyers, according to the announcement.

The field clinic, called The Perlmutter Freedom Clinic at Cardozo Law, will focus on fighting wrongful convictions based on the misuse of scientific evidence and will work on obtaining clemency for people who are unjustly incarcerated.

The continuing education clinic, The Perlmutter Forensic Science Education Program, will offer educational resources to attorneys on how to use scientific evidence in the practice of law in order to avoid wrongful convictions.

Hamilton has big goals for the organization and said that educating current and future lawyers is an important task of the organization. He said he plans to be a “fighter” in the corner of anyone who has been unjustly imprisoned, but an important part of the job is also systemic reform, aimed at preventing future wrongful convictions.

“I hope we can put the right people in place to educate students so that when they become lawyers they understand that their foremost goal is to improve the criminal justice system. Not just to be a lawyer, but to improve the system and make it better,” Hamilton said.

Here, Hamilton spoke with Law360 about his journey from wrongfully incarcerated to reformer and what he hopes to accomplish in his new role. This interview has been edited for length and clarity.

What inspired you to pursue educating yourself about the law while incarcerated?

I was incarcerated for a crime I didn’t commit, and I felt that I didn’t have the money to hire the best lawyers. And so if I was to get justice, then I’d have to know the law. I’d have to understand it as comprehensively as everyone else in the courtroom. I didn’t like the representation I was receiving, and I had to dig in and I went to the law library every single day.

What resources were available to you, and what challenges did you face in educating yourself on the law?

Well, first I had to get a GED. I wasn’t even a high school graduate. Then they had a legal research and orientation course that taught you basically how to research. And then after that it was just a matter of me reading the entirety of criminal procedure law from beginning to end, learning about arrest and post-conviction, then the rules of evidence. I would study procedure because I knew that most of the time prosecutors would beat you on procedure. It was just a matter of getting a job in the law library and using the 1,500 inmates that would come to the library to help me enhance my skills. I would practice on some of their cases or listen to some of their arguments. I had a lot of people who were willing to allow me to take a look at their cases.

You were able to ultimately obtain your own exoneration and the exonerations of several others?

I’ve gotten five exonerations in the last few years. But I’m also attributed to the [Louis] Scarcella exonerations, which to today is 22. In 2011 when I got out, the detective who framed me had framed a lot of other people. They had reversed the conviction of a white guy named David Ranta, and they were going to close the door before I went to The New York Times and said, “We have evidence they did the same thing to a lot of Black people in my community.” They looked at it and the prosecutor agreed to look at 50 convictions.

In terms of obtaining your own exoneration, what went into that, and how were you able to accomplish it?

In order to get my own exoneration, it was 25 years in the making. I filed motion after motion after motion. I was being denied on a regular basis for procedural reasons. I had to file an actual innocence motion to say that procedure should never trump the merits of an innocence claim. I was paroled in 2011, and that gave me the ability to get out and confront the same people who were lying in court documents against me. Luckily for me, in 2014, the Appellate Division for the first time in history in The People v. Hamilton

ruled that innocence overrules procedure, and they remanded my case back down to Kings County Supreme Court for an evidentiary hearing. It set a standard in New York for freestanding actual innocence claims. Once that was done, it empowered me to get the prosecutor’s office to take a second look at my case. Ken Thompson became the Brooklyn prosecutor, and he exonerated me in January of 2015.

What are you able to take from your life experiences into your new job as deputy director of the Perlmutter Center?

What I can take and other people can take is that you have a fighter. You’ve got somebody who’s been there, who knows what it is to write 100 letters to an organization and wait five years to get a lawyer or to get an answer, the frustration of that. I know what that is, and we’ll do everything in our power to make our process more expedient and more real. We’re going to communicate with guys who reach out to us, and we’re going to litigate. If we feel they don’t have actual innocence claims or unconstitutional claims we can raise to the court, but they deserve to be free on clemency, then we’re going to fight for clemency, for resentencing. They’re going to have a soldier who’s out here on the street looking to get people out, people who are rehabilitated and aren’t going to be threatening public safety.

What does it mean to you to be able to continue to help others who have been wrongfully incarcerated?

To be able to help other people who have been wrongfully incarcerated is my life. It is what I live for. Nobody knows what it feels like being in prison for something you didn’t do and being treated as a guilty person until they experience it for themselves. I know that firsthand. And I’m going to grab the bull by the horns and do what I can to get those guys out of there. So for me to be in a position to give back, to fight for people who didn’t deserve to be there in the beginning, and to fight diligently, to have conversations with prosecutors to change their minds about how they go about incarcerating people, or how they go about using science. It has to change.

What are your goals for the Perlmutter Center in its first five years?

We want to be the leading organization in getting people out of prison who are innocent, people who are rehabilitated. I hope we can put the right people in place to educate students so that when they become lawyers, they understand that their foremost goal is to improve the criminal justice system. Not just to be a lawyer, but to improve the system and make it better. We want to give them the tools they need to be effective. We want these young students to leave Cardozo School of Law ready like no other students have been. We want them to understand science and peer review. We want to train young lawyers and make sure they’re armed and equipped to not only defend people but improve the criminal justice system as a whole.

This is a bipartisan movement here. This is not about Republicans or Democrats. It’s about justice. This center is reaching out to governors all over the nation, Republicans and Democrats alike, because this is a public safety issue. We want them to understand that when the wrong person gets convicted, the guilty person can continue to perpetrate crimes across society. We’re going to be reaching out to blue states and red states, to prosecutors all over the nation, and we’re going to be working with them to change this system.

All Access is a series of discussions with leaders in the access to justice field. Questions and answers have been edited for length and clarity.

Have a story idea for Access to Justice? Reach us at [email protected]